One of our own, Front Sight Patriot Member, Chief Rick Lee Morris was named by Security magazine to the Most Influential People in Security 2019.

Rick is the Campus Security Chief at North Greenville University, and is a Front Sight Patriot lifetime member…

Keep up the great work.

See the story from the Greenville Journal below… 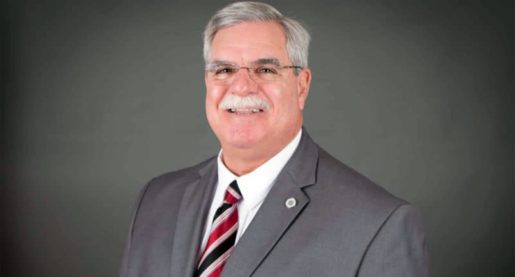 Rick Lee Morris has been recognized for his efforts to keep North Greenville University’s campus safe and secure.

Morris, security chief at NGU, was among 26 security specialists recognized by Security magazine in its recently released article, “2019 Most Influential People in Security.”

Morris’s career at NGU began more than 18 years; currently, he is working to update policies and procedures. Morris said he works closely with his officers to ensure they get the proper education and training they need.

“When I came to this office 18 years ago, it consisted of an office clerk/traffic enforcement officer, a night watchman on the midnight shift and myself,” Morris says. “Today, as a proprietary security agency, state statutes grant my officers the same powers of arrest and authority as a deputy sheriff. We have officers that train regularly with the Greenville County Sheriff’s Office.

He went on to say that being located in a rural area, NGU is 30 minutes away from tactical assistance from local law enforcement, so training is based on the first-on-scene, first-in concept.

Before NGU, Morris was chief of security for the Governor’s School of Arts and Humanities in Greenville. Prior to that, he was a security officer at Furman University in Greenville, where he rose to the rank of master patrolman, and a paramedic for Greenville County, receiving the Paramedic of the Year Award in 1980. In 2018, he was named the National Association of Campus Safety Administrators Chief of the Year in the non-sworn category.