Ammunition to use against the gun grabbers that every gun owner should have, from my good friend John Lott Jr.

My good friend John Lott, Jr wrote an OP Ed piece that was recently published in the Wall Street Journal.

John’s article should be read by every gun owner and used as ammunition to defeat the false, anti-gun rhetoric that the gun grabbers spread on a daily basis.

Please read it and pass it along to your gun owning friends and family.

The more we push the truth that guns in the hands of law abiding citizens reduces violent crime and educate the public with these facts, the less the gun grabbers can push their BIG LIE of gun control.

Its laws are among the world’s least permissive. And most criminals don’t get weapons from the U.S. 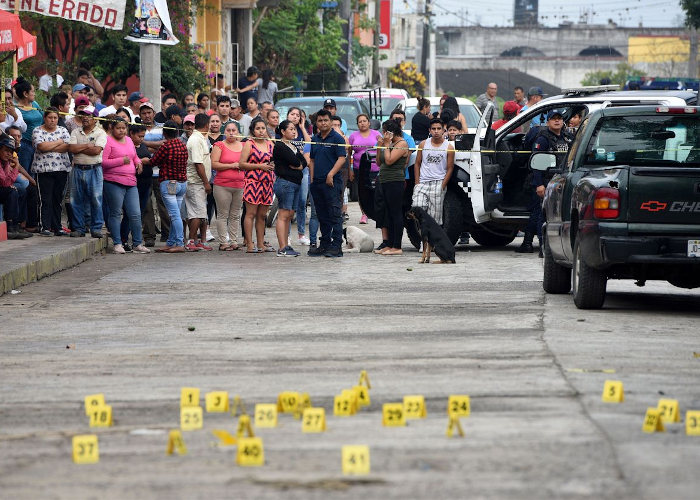 The scene of a shooting in Veracruz, Mexico, May 16. PHOTO: YAHIR CEBALLOS/REUTERS.

Another month, another record number of murders in Mexico. For the first nine months of 2019, Mexico had 25,890 murders-almost six times as many murders per 100,000 people as in the U.S. Does Mexico need stricter gun control?

No. Its gun laws are among the least permissive in the world. For decades Mexico has had only one gun store in the entire country, a military-run establishment in Mexico City. The store’s prices are very expensive, and the most powerful rifle that you can buy there is a .22 caliber. There’s no “gun-show loophole”-any person-to-person firearm transfers are illegal without an “extraordinary” permit that never seems to be issued. One may sell a gun only to the government, and then the government has to decide to sell it to someone else.

Getting permission to purchase a gun is a feat in itself. Background checks take six months to complete and require fingerprints and an evaluation of the buyer’s employment history. Only 1% of Mexicans possess a license to own a firearm. When I testified before the Mexican Senate a few years ago, members of the chamber, who have faced death threats, told me that even they found it impossible to get a concealed-handgun permit.

It wasn’t always this way. Mexicans had a right to own guns until 1971, when the constitution was amended to give the federal government total control over firearm access. In 1972 the government passed strict gun-control measures. Now Mexicans can’t transport guns outside their homes without a permit from the Secretariat of National Defense-even if the gun is lawfully registered, unloaded, in a locked container, and going from one residence to another.

Mexico’s murder rate is about twice what it was in 1972. Mexican officials blame America, with its relatively strong gun rights. But the fully automatic guns often used to commit murders in Mexico are strictly limited on U.S. soil. Between 2005 and 2014, more than 13,000 grenades were seized by the Mexican government, and these simply can’t be bought in the U.S. A 2016 U.S. Government Accountability Office report complained of limited collaboration with Mexican authorities on tracing guns.

So where do Mexican criminals get their guns? “Most cartels buy in bulk, and the weapons are coming from places like Nicaragua and other South American countries. Also Asia and some from the Middle East,” a Tijuana-based police authority who requested anonymity recently told Fox News.

According to data from the Bureau of Alcohol, Tobacco, Firearms and Explosives, 70% of all criminally owned guns in Mexico come from the U.S., but these figures are based only on the limited number of guns Mexican authorities have seized, traced and submitted to the agency for checking. That’s a small subset of guns. For instance, Mexico submitted 11,000 guns to the ATF in 2007-08, though it seized 29,000 guns during that time. Of those, 6,000 were successfully traced and 90% of those traceable weapons came from the U.S. Thus by one estimate only about 17.6% of the firearms Mexico collected in total could be traced back to America.

Gun laws, no matter how draconian, don’t solve crime problems. It’s pretty simple-the only way to stop a bad guy with a gun, is a good guy with a gun. Disarming the latter emboldens the former.

Mr. Lott is president of the Crime Prevention Research Center and author of “The War on Guns.”