We lost a SCOTUS battle today, but courage and resolve will win this WAR. President Trump is still fighting for you. Show YOU will fight for HIM at TrumpsArmy.US

Today the Supreme Court rejected the lawsuit Texas filed against the states of Pennsylvania, Michigan, Wisconsin, and Georgia, saying that Texas lacked standing under Article III of the Constitution and had not demonstrated a judicially cognizable interest in the manner in which another state conducts its election.

In other words, the Supreme Court told Texas that what other states did or did not do in their respective elections, was no concern of Texas.

As I reported earlier today, below, President Trump has numerous options in the Courts and in Congress, as well as dramatic options available to him, should he need them, as we approach January 20, 2021.

President Trump has refused to concede and as long as he is willing to fight, he has my unapologetic support and I suspect, your support as well. If you agree, SHOW IT by going to www.TrumpsArmy.USand entering your email address and the state in which you reside so we can amass millions of citizen patriots across the country pledging to stand shoulder-to-shoulder with President Trump should he need us. If you want him to continue to fight for us, he needs to know millions of patriots have his back!

It would have been nice, and an easy victory had the Supreme Court ruled in the favor of Texas today, but that was not the case. We lost a legal battle today, but there are many more battles being fought in the Courts right now and will likely be more cases filed. We lost a battle today, BUT WE WILL WIN THE WAR. KEEP THE FAITH in a Free America and President Trump!

Here is a summary of the legal battles still raging in the key states. These lawsuits could prevent these states from permanently certifying their elections or delay their certification for months. This information is courtesy of one of my sources, The Gateway Pundit…

In Michigan, an Obama judge threw out Sidney Powell’s case claiming massive corruption in the election process in the state. The judge must think carting tens of thousands of ballots into a counting area with no Republicans present is entirely fine. Powell has suggested she will forward this to the US Supreme Court.

In Arizona, the RNC and Sidney Powell both have cases they are sending to the Supreme Court.

In Wisconsin, President Trump has a case in progress with the Wisconsin Elections Commission.

President Trump is doing everything possible to peacefully seek justice in the Courts, as he should.

Do not despair at a lost battle here and there. As long as President Trump is willing to fight, we will eventually win the war.

As we head toward a resolution of the 2020 Presidential Election, one thing is abundantly clear, we are running full steam ahead into uncharted waters, with a Category 5 storm waiting for us on the January 20, 2021 horizon.

We need to be prepared for what is coming. Go to www.TrumpsArmy.US to join your fellow patriots pledging to stand shoulder-to-shoulder with President Trump should he need us.

Now that the Supreme Court shot down the Texas lawsuit, not making any determination on all the fraud that has occurred, but instead, making a decision on the very narrow determination of whether Texas had the right to sue another state over that state’s failure to follow election laws, what are our likely options as we approach January 20, 2021?

Due to all the fraud that has occurred in the these states, Republican controlled Legislatures in PA, WI, MI, GA, NV, and AZ could meet, AND SHOULD MEET to legally take back their authority to appoint Electors for their state, and appoint them to President Trump, making him, the rightful winner of the 2020 Presidential Election. Of course, if they do this, we will see the greatest riots we have even seen in the history of the country, and the riots will continue until we rise up to stop them.

So what happens, IF in the face of ALL the overwhelming evidence of massive fraud in this election, that I have gathered and chronicled every day since November 4 in MY BLOG, Republican controlled State Legislatures of PA, WI, MI, GA, NV, and AZ do not have the spine to acknowledge the fraud and take back authority to appoint their own Electors in favor of President Trump?

Then the US House of Representatives must count the Electors submitted by the States and determine which candidate has secured at least 270 Electoral College votes, granting that candidate the win.

However, if for any reason, such as ongoing litigation in a State’s certification process preventing them from submitting their Electoral College votes, neither candidate has 270 Electoral College votes, the US House of Representatives will hold a ONE-VOTE-PER-STATE election of the President, a sure win for the President Trump due to more Republican controlled states. Of course, if they do this, we will see the greatest riots we have even seen in the history of the country, and the riots will continue until we rise up to stop them.

So what happens, IF in the face of ALL the overwhelming evidence of massive fraud in this election, that I have gathered and chronicled every day since November 4 in MY BLOG, the Republican controlled State Legislatures of PA, WI, MI, GA, NV, and AZ do not have the backbone to acknowledge the fraud and take back authority to appoint their own Electors in favor of President Trump, AND the US House of Representatives has enough Electoral College votes for Joe Biden, and cannot hold a one-vote-per-state election of the President, WHAT CAN PRESIDENT TRUMP DO to save the Republic?

President Trump has the legal right to follow in the footsteps of one of our greatest Founding Fathers, Thomas Jefferson, and invoke the Insurrection Act of 1807.

What is The Insurrection Act of 1807? Here is a very detailed article that explains it and WHY President Trump should use it…

The Insurrection Act of 1807

During the presidency of Thomas Jefferson, the 10th Congress enacted the Insurrection Act of 1807.

Jefferson signed the measure into law to foil the plot of Revolutionary War hero Aaron Burr—following the destruction of his political career after he shot and killed Alexander Hamilton in a duel—to raise an army toward establishing his own dynasty in what was then the Louisiana Territory.

The Insurrection Act empowers the president of the United States to deploy U.S. military and federalized National Guard troops to suppress civil disorder, insurrection, and rebellion. Section 252 of the Act states:

Does President Trump have any other options?

Based on the historical precedent of a president declaring a National Emergency, as a number of presidents have, including President Abraham Lincoln and President Franklin D. Roosevelt, President Trump could do so too.

The “Yes and No” answer as to whether President Trump has the power to declare a National Emergency and Martial Law, and who could or could not TRY to prevent him from doing so is explained in an article by constitutional scholar, Alan Dershowitz… 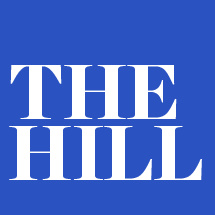 Dershowitz: Does President Trump have power to declare martial law?

BY ALAN DERSHOWITZ, OPINION CONTRIBUTOR — 06/03/20 10:00 AM EDT
THE VIEWS EXPRESSED BY CONTRIBUTORS ARE THEIR OWN AND NOT THE VIEW OF THE HILL

The Constitution, quite surprisingly, is silent on the issue of martial law and emergency powers. Martial law and emergency powers were not actually uncommon at the founding of the nation, and several state constitutions provided for them in cases of emergency. That silence, however, has not stopped presidents from exercising such powers, generally upon the request and with the cooperation of states.

In more recent history, for instance, President Johnson deployed federal troops to Detroit in 1967 during a riot and once more to Chicago amid violence during the Democratic convention in 1968. He had the blessing of the states and cities in both cases. California requested and received federal troops during the Los Angeles riots in 1992. However, President Eisenhower sent the 101st Airborne Division to Little Rock against the wishes of Arkansas to enforce high school integration in 1957. President Kennedy federalized the National Guard to force integration of the University of Alabama in 1962, also over state objections.

A more compelling and forceful argument for President Trump to declare a National Emergency and Martial Law to remain in office for the sole purpose to save the Republic by bringing all the treasonous parties to justice for their attempted theft of our election, is laid out by General Thomas McInerny in this interview…

If President Trump exercised his legal options to save the Republic by invoking the Insurrection Act of 1807 or declaring a National Emergency and Martial Law to bring to justice all the treasonous parties who perpetrated the bloodless coup attempt against the United States of America’s 2020 presidential election, we will see the greatest riots we have even seen in the history of the country, and the riots will continue until we rise up to stop them.

So as I said at the beginning of this post… As we head toward a resolution of the 2020 Presidential Election, one thing is abundantly clear, we are running full steam ahead into uncharted waters, with a Category 5 storm waiting for us on the January 20, 2021 horizon. There will be widespread violence BROUGHT ON AND FUNDED BY THE RADICAL LEFT and President Trump is going to need the support of the 80-90 million patriots who voted for him.

We need to be prepared for what is coming.

I have a solution.

A prophet’s moving sermon and a politician’s vile threat inspired me to create the solution. Here is what happened…

I had never heard of Sadhu Sundar Selvaraj.

I was not familiar with his religious faith.

When I received his video from one of our members, asking me to watch it because he told me a prophet was speaking about President Trump, the United States of America, and the 2020 Election, I was intrigued. So I clicked the PLAY button.

I was moved to say the least. I believe you will be equally moved.

After I watched the video, I just sat in my office contemplating this prophet’s words. As the leader of Front Sight, and the lightning rod for all the challenges, obstacles, and anti-gun, left wing wacko attacks I have endured over the last 25 years, I personally know how lonely it can be at the top of an organization trying to positively change the world.

The weight on the shoulders of President Trump and the barrage of attacks, challenges, and pressure he has endured over the last four years is quite frankly, unimaginable, even for me. Sadly, it is going to get much worse as January 20, 2021 approaches because our nation is approaching the most critical moment of our lifetimes. As our leader, President Trump may face the challenge of decisions that only our Founding Fathers, General George Washington and President Abraham Lincoln were forced to bear.

As I sat quietly in my office, considering what more I could do to help President Trump, shoulder some of his burden, and show my friend he is not alone in his fight for America, no matter what happens in the coming weeks and beyond, another video was sent to me. This one featured Detroit Michigan Representative Cynthia Johnson. Here it is…

After watching both videos, I knew what to do, and I have done it.
Join me in www.TrumpsArmy.US