After the BLM nonsense that was adopted by all the professional sports teams I did not renew my, “behind home plate” San Francisco Giants season tickets and have not watched a single NFL, MLB, NBA or NHL game.

Then came the Super Bowl. I really wanted to see Tom Brady claim his stake as the greatest QB of all time and what better way to do it than to beat Patrick Mahomes and his Kansas City Chiefs.

So I tuned in at about 3pm, suffered through China Joe and Jill Biden’s speech and then the announcement came…

Now if you think that the PA announcer was dubbed in and the video altered in some way, you can see the entire recording of the game here, with the announcer making his announcement at 5:12 with the lower third name plate confirming what he said…

Have you EVER heard the term “Military District of Washington” uttered at any sporting event or anywhere else for that matter?

Why not use Washington DC? Or District of Columbia?

What does it mean? Here is what Wikipedia states: United States Army Military District of Washington.

And oh, if you did not hear, Tom Brady and the Buccaneers did not really win the Super Bowl as everybody witnessed across the nation… 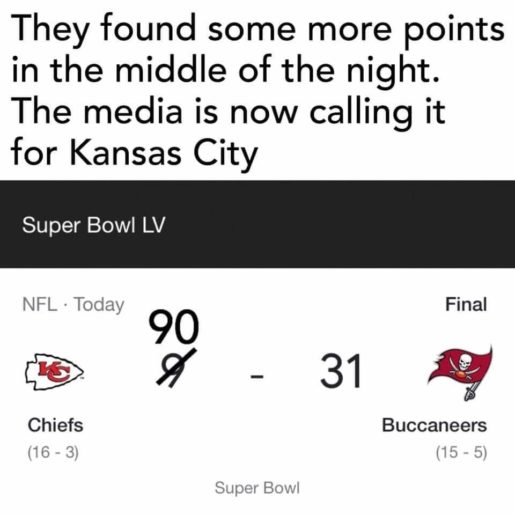