Who is committing “Mass Shootings” and who is stopping them?

Ever wonder about the profile of the “mass shooter,” or wonder who are the people actually committing all these acts of mass violence?

If you believe the false narrative that the Left Wing Media and Social Media Censors are shoving down our throats, you would likely say these mass shooters must be “domestic terrorists” also known as, “white conservative extremists” or “white supremists.” After all, anytime there is a shooting where a white male with a gun is involved, it makes national headlines and the story runs non-stop for weeks.

Well, here is an interesting graphic of ALL the mass shooters of 2020, where a suspect is identified, was captured, or committed suicide at the scene, that paints a MUCH different picture, one that the Gun Grabbing Corruptocrats, their Left Wing Media Mafia, and their Social Media Censors never want you to see… 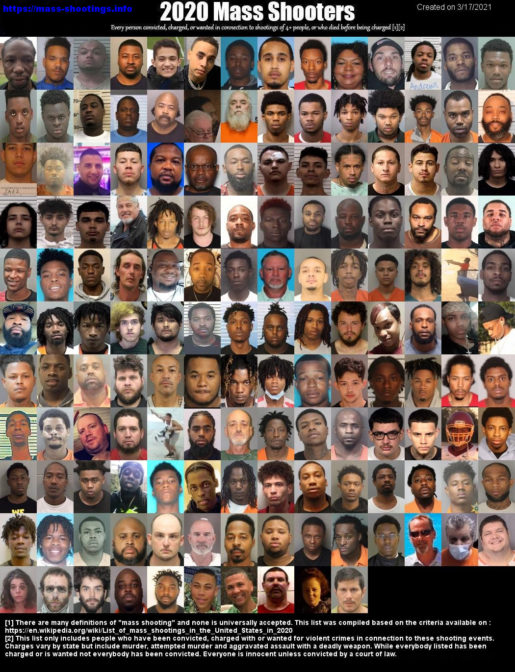 Hmmm. If Democrats get most of the Black Vote, then it looks like MOST of the mass shooters are Democrats. Don’t need to have a statistical analysis degree from MIT to figure this graphic out!

In general, white conservatives who legally possess a gun permit are the people stopping the mass shootings BEFORE the police arrive. Leading us once again to state the obvious: The best defense to a bad guy with a gun, is a good guy with a gun.

Over the last 25 years Front Sight has literally trained a million good guys and gals with guns, from all walks of life, races and religions, and one of them was among the 69 mentioned in this article

FACT CHECK: 69 Mass Shootings Have Been Stopped By Armed Civilians

By John Paluska, Founder of The Washington Gazette – April 28, 2021

One recent example of armed civilians stopping a mass shooting was in February, when an armed robber drew his weapon at a gun range. After killing two people, armed civilians spring into action and killed him before he had a chance to kill others.

These instances where a good guy with a gun stopped mass shootings are corroborated by a 2018 analysis of FBI data, which reveals that armed civilians are 94% effective at stopping would-be mass shooters. This dispels the “innocent victim” myth that the media likes to use to explain away the massive number of mass shootings stopped by armed civilians.

Even though 94% of mass shootings happened in gun free zones, the Crime Research Prevention Center has found that roughly 1 in 6 mass shootings were stopped by an armed civilian who was legally carrying a handgun.

Another reason the “good guy with a gun” notion is true is because, according to surveys with convicted felons, 40% decided not to commit a crime because they thought the victim had a gun. Additionally, more than 1 in 3 convicted felons had been “scared off, shot at, wounded, or captured by an armed victim.” This shows that guns do regularly stop crimes in progress and even may stop premeditated crimes from occurring.

All this data shows that shooters are regularly stopped by “a good guy with a gun” despite what the media claims, and blaming lack of gun control for mass shootings is deeply misguided. To stop more active shooters, allowing citizens to carry guns would be the best solution.

We would like to train a million more, so if you are a good guy or gal, and have not already done so, get trained NOW!

Here is how you can attend Front Sight FreeOfCharge: www.FrontSight.com/FreeHandgunCourse

If you ever doubted the BS that the Gun Grabbers fling around when talking about the “epidemic of gun violence that plagues the United States” you were right to doubt such anti-gun, anti-freedom propaganda.

Here are the MURDERS PER 100,000 CITIZENS PER YEAR stats from the World Health Organization.

From the World Health Organization:

Saint Vincent and the Grenadines 22.9

Democratic Republic of the Congo 21.7

(Take out the historically Democrat controlled, strict gun control cities of New York, Washington DC, Detroit, Chicago, Oakland, St. Louis, where the Black on Black murder rate has been out control for YEARS and the murder rate per 100,000 American Citizens drops to LESS THAN 2.)

It might be of interest to note that SWITZERLAND is not shown on this list, because statistically it has essentially NO MURDER OCCURRENCE!

However, SWITZERLAND allows EVERYONE to own a military rifle and train regularly with it because Switzerland recognizes every citizen as part of their military. As such 30% of Switzerland’s citizens maintain marksman qualifications.

What should this tell the world?

WHY? Because it shifts the balance of power on the street into the hands of the criminals, leaving the law abiding defenseless.

SAY NO TO GUN CONTROL!

GET ARMED AND TRAINED!

If you have not already done so, get trained NOW! www.FrontSight.com/FreeHandgunCourse

I recently have been dedicating my email bandwidth to catching up on sending out Front Sight Reality Check videos we held back when we were aggressively countering all the Left Wing Media propaganda and Social Media Censors during the Biden Steal.

Now that this is done, here’s an email that sums up the current situation in America…

The definition of the word Conundrum is: something that is puzzling or confusing.

Here are six Conundrums of socialism in the United States of America:

1.America is capitalist and greedy – yet half of the population is subsidized.

2.Half of the population is subsidized – yet they think they are victims.

3.They think they are victims – yet their representatives run the government.

4.Their representatives run the government – yet the poor keep getting poorer.

5.The poor keep getting poorer – yet they have things that people in other countries only dream about.

These three, short sentences tell you a lot about the direction of our current government and cultural environment:

Funny how that works. And here’s another one worth considering…

2. Seems we constantly hear about how Social Security is going to run out of money. But we never hear about welfare or food stamps running out of money! What’s interesting is the first group “worked for” their money, but the second didn’t.

Think about it…..and Last but not least:

3. Why are we cutting benefits to our veterans, no pay raises for our military and cutting our army to a level lower than before WWII, but we are not stopping the payments or benefits to illegal aliens.

Am I the only one missing something?

“If you do not take an interest in the affairs of your government, then you are doomed to live under the rule of fools.” — Plato 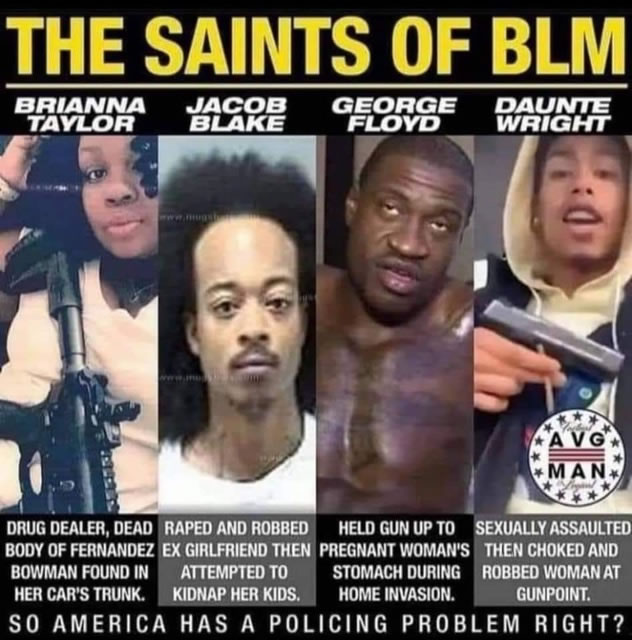 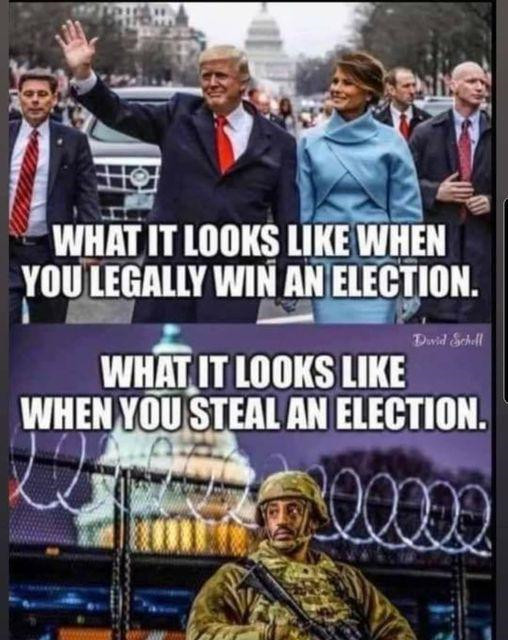 So what can YOU do as Gun Grabbin’ Joe Biden and Commie Harris take America the Great and try to turn it into America the Socialist State?