Ignatius Piazza: You Can’t Win If You Don’t Fight

This week provided so much relevant and timely blog material that I am going to tie a few stories together by their common threads, in order to demonstrate why you can’t win if you don’t fight…

There seem to be two choices when confronted with someone shooting at you:

The result of these two choices have been made quite evident in recent mass shootings. 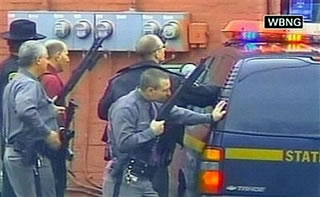 In the Binghamton, NY shooting, law enforcement initially showed up within 2 minutes, followed by SWAT and every other emergency service you could imagine. They then waited over an hour before entering the building, resulting in the active shooter having all the time he needed to kill as many as he wished and end his own life. 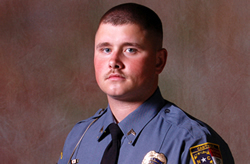 As a contrast to the “hurry up and wait” approach in Binghamton, NY there was a mass shooting at a convalescent home in Carthage, North Carolina the week before that had a much different outcome. A lone officer, responding to shots fired, immediately entered the building and stopped the carnage with a single center-of-mass hit on the active shooter.

What is the difference between these two incidents?

Mindset of the participants.

You can’t win a gun fight if you are not willing to fight.

I guess nobody every told that country boy in Carthage he had to wait for the SWAT team to arrive before he could do what he knew had to be done, and done right now!

Not that he needs it, but Justin Garner, the Hero of Carthage, has a free Front Sight Legacy Lifetime Membership waiting for him. He deserves our admiration and respect.

Want another contrasting example of retreat or fight?

Watch this video to see what happens when you retreat:

Get the Flash Player to see this player.

When the shooting starts, you cannot win if you are not willing to fight.
Retreating will not stop the fight.
You cannot return accurate fire when you are running away.
Taking the fight to your opponent and finishing him is what stops gunfights.

Here is an example of having the testicular fortitude to stand and fight, but not having the proper training to focus on your front sight when in a gunfight:

And here is a video where the proper combat mindset and focusing on the Front Sight all come together. Note that in this gunfight the tide does not turn in favor of the good guys until a warrior shows up and takes the fight to his opponent…

As these videos show you, the best cover in a gunfight is behind a controlled pair of bullets heading for your opponent’s thoracic cavity.

So if you do not have a 30 State Concealed Weapons Permit, the world class training Front Sight provides, or a Springfield Armory XD Pistol, then take advantage of Front Sight’s Greatest Course, Gun and CCW Permit Offer Ever. (Also known as the Millionaire Patriot Offer.)