The theme of today’s blog is Poetic Justice.

You will understand as I lay it all out for you.

Yesterday I received a copy of a tweet from President Trump’s attorney, Rudy Giuliani… 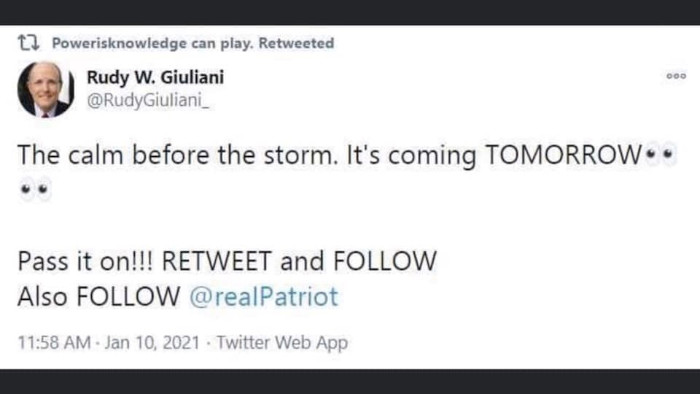 I did not share the tweet with you yesterday because it was removed as soon as it was posted and I could not confirm it. I wondered what Giuliani was referring to? Was it Trump’s BIG action to take back the country? I hoped so. As you know, Trump’s BIG action did not happen today, but “The calm before the storm. It’s coming TOMORROW” may have referred to the pornography that was released from Hunter Biden’s laptop on the Internet today.

The images and video will circulate the Internet like wild fire. It is explicit. It is with minors. It is with Hunter Biden’s relatives, who are minors. It is illicit drug use. It is sick and it is twisted. AND IT INVOLVES MALIA OBAMA. Yep. Hunter Biden having sex with Malia Obama and her credit card being used to cut cocaine on a night stand. Poetic Justice for Michelle and Barack.

As you know, all of the major social media platforms have violated our First Amendment rights and banned President Trump.

Facebook sank as much as 4.5% on Monday as investors continued to balk at the platform’s ban of President Donald Trump.

The slide saw $33.6 billion erased from Facebook’s market cap at intraday lows. Shares have since pared some losses and now trade about 2.6% lower.

The stock’s decline comes as Wall Street reconciles with the president’s role in encouraging supporters to storm the Capitol on Wednesday. Facebook CEO Mark Zuckerberg announced on Thursday the company would ban Trump “indefinitely,” adding the risks of allowing him to remain on the platform “are simply too great.”

Twitter stock fell as much as 12% on Monday after the social-media company permanently suspended President Donald Trump’s account on Friday evening. The share-price decline wiped $5 billion from Twitter’s market capitalization.

Twitter’s bosses suspended Trump’s account – which had about 88 million followers – after the world leader’s fanning of conspiracy theories about voter fraud and election theft spurred thousands of his supporters to lay siege to the Capitol last week.

“After close review of recent Tweets from the @realDonaldTrump account and the context around them we have permanently suspended the account due to the risk of further incitement of violence,” Twitter said.

We all saw FOX News call Arizona prematurely on Election Night and failed to call most of the swing states for Donald Trump when he commanded leads in the hundreds of thousands of votes, which by any standard were too large for Biden to surpass, without knowing the voter fraud that was coming. We also saw certain FOX News hosts turn on President Trump very shortly after the election. As a result FOX News ratings have been in free fall ever since the election and FOX has lost its ratings to NEWSMAX and OANN. Poetic Justice for FOX News…

“The Fox is on the run,” gloated the CEO of rival right-wing network Newsmax, after Fox News overhauled its lineup amid a post-election ratings slippage.

Among the many changes set to take effect on January 18, Fox will move anchor Martha MacCallum out of the 7 p.m. hour and into the 3 p.m. midday slot, replacing her early primetime news broadcast with an opinion-focused show with a host to be named later. Elsewhere, anchors Dana Perino and Bill Hemmer will lose their early afternoon solo broadcasts and join together in the 9-11 a.m. hours to co-anchor a rebooted America’s Newsroom.

“This new powerful lineup ensures FOX News Media will continue to deliver outstanding coverage for our viewers who depend on the most trusted names in the business,” said Suzanne Scott, the network’s CEO, in the announcement. 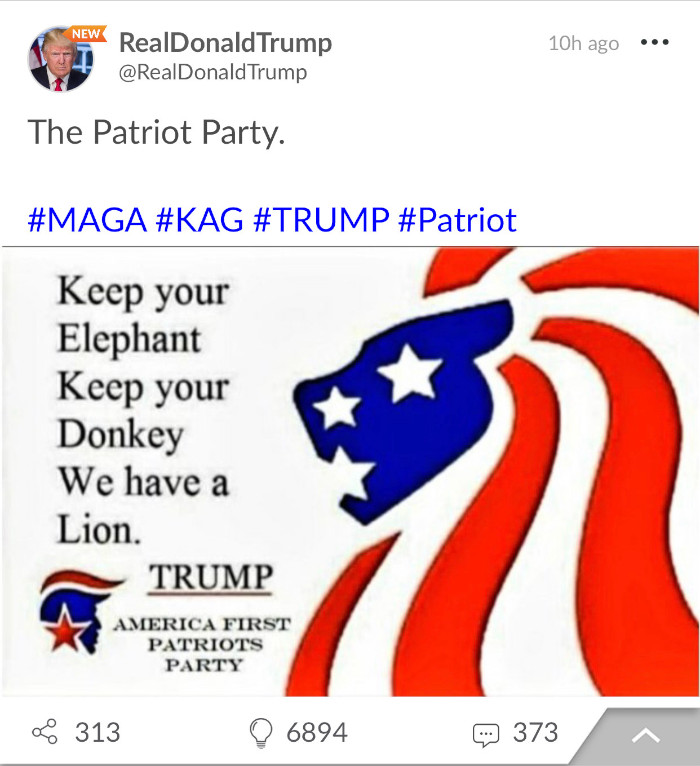 And until the BIG action by President Trump becomes evident to all of us, I leave you today with this…