Surviving Mann to be filmed at Front Sight. Here’s YOUR Casting Call…

Many years ago, I produced a 26-episode Reality TV Show entitled, Front Sight Challenge. It aired on the VERSUS NETWORK, which later became SPIKE.

At the time, even though it was a professionally produced, 26 episode, ready to air season, all the major TV networks and all the cable networks, EXCEPT the VERSUS NETWORK, refused to pick it up because it featured defensive shooting competition. It seemed the humanoid targets, the black guns, the full auto M16’s and subguns, and contestants going head-to-head against each other in shoot house scenarios was too much for the liberal, anti-gun sensitivity of the networks.

Front Sight broke the glass ceiling of defensive firearms shooting competition shows on TV, because the next year there were several similar shows airing and the content has been growing ever since.

Well, another shooting competition show is being filmed at Front Sight in April of this year. The name of the show is Surviving Mann and this is YOUR casting call to star in it…

Here is the link for more information: www.americanstoriesentertainment.com/castingmann

Here is the promo video…

And here is the casting poster… 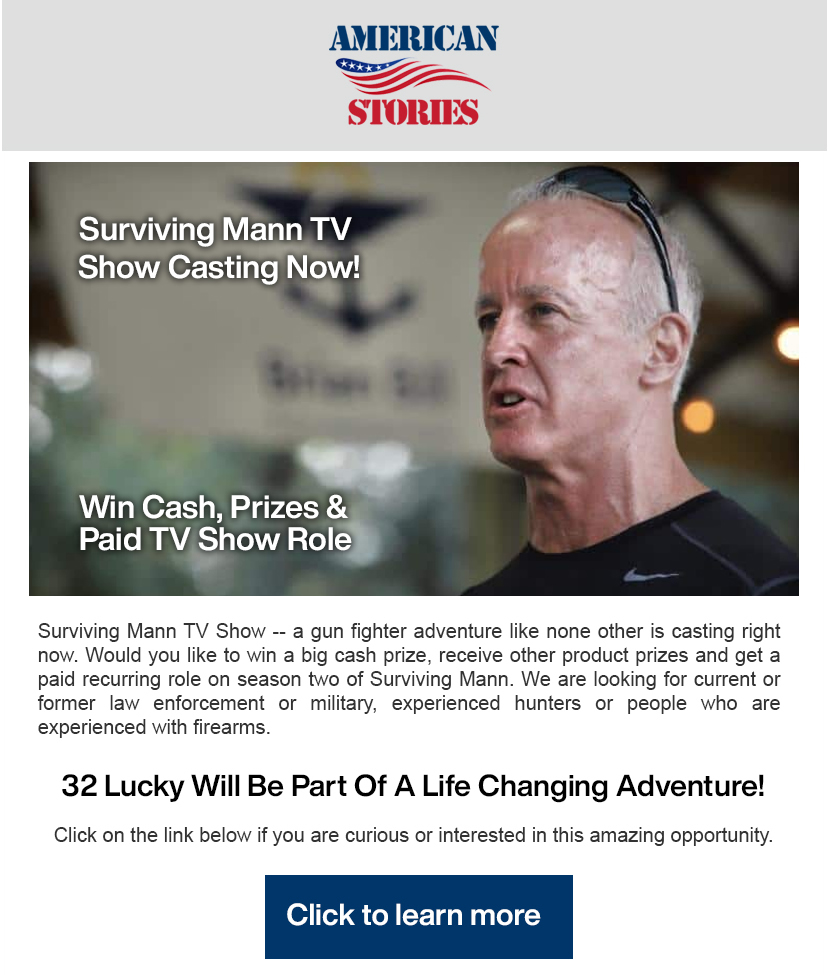 If you think you have what it takes, to take the fight to former Navy SEAL Don Mann and WIN, then THIS is your chance! Answer the casting call.

And if you don’t think you currently have what it takes, but want to gain such skill at arms that you can compete with a Navy SEAL, then GET EXPERTLY TRAINED in handgun, shotgun, rifle and submachine gun at Front Sight.

Get Trained NOW by taking advantage of my gift to all Patriots, a FREE, Four Day Defensive Handgun Course with no surprises, catches or obligations…